The Group for Anthropological Research and Debates (GARD)

The Group for Anthropological Research and Debates (GARD) 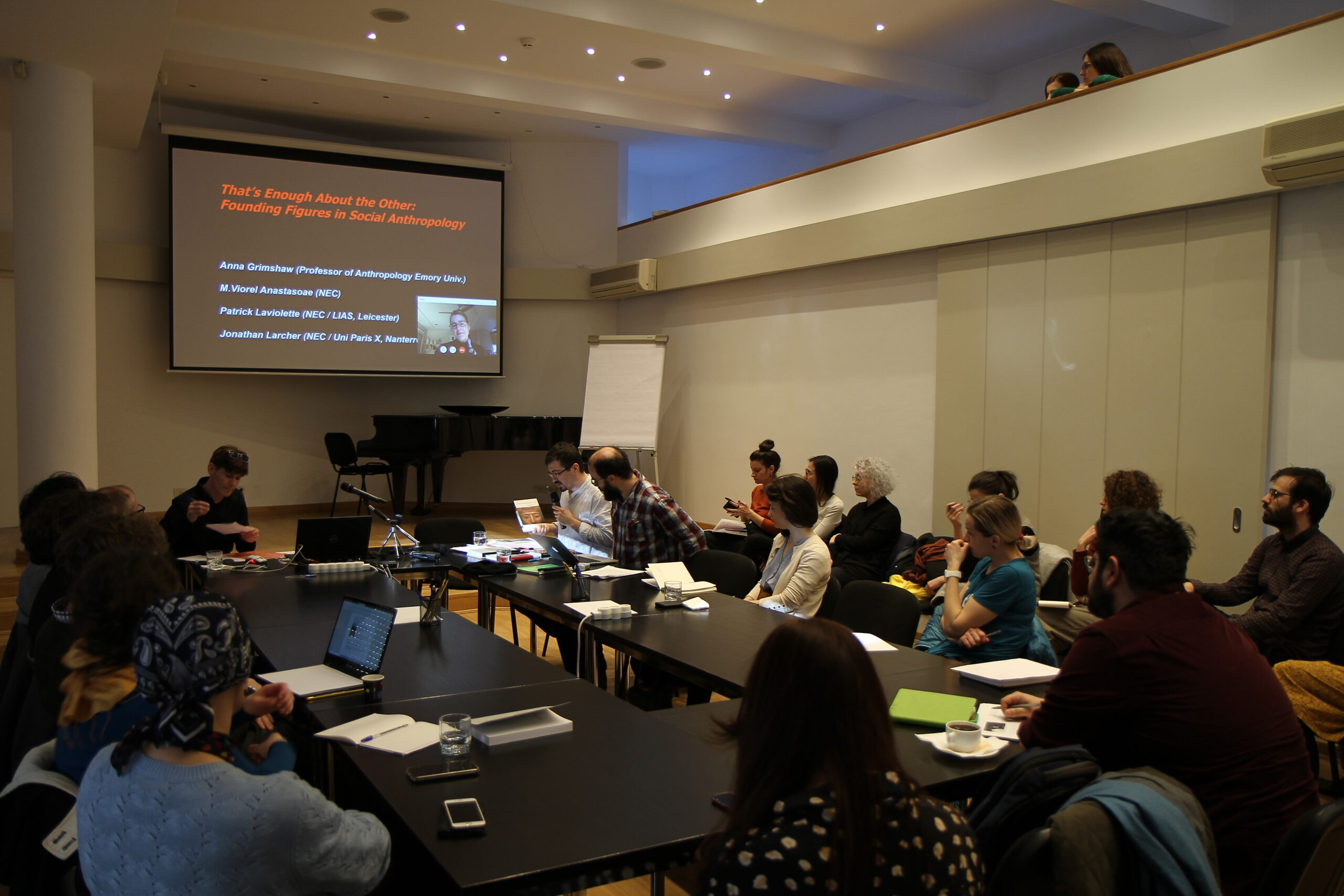 GARD is a research group within New Europe College which was launched in 2019 at the initiative of our late and much-lamented friend and colleague, Viorel Anăstăsoaie, PhD. It focuses on contemporary anthropological research and theories, in taking into consideration their larger relevance within the humanities and social sciences. Building on the continuous support for anthropology during NEC’s existence through fellowships, workshops and conferences, this research group aims at offering a space for exchanges, debates, projects of anthropological relevance for all scholars interested in anthropological research on/in Romania and beyond. Benefiting from the multidisciplinary and international profile of NEC, inter-disciplinary exchange between anthropologists and other social scientists is strongly encouraged and anticipated.

The group has been meeting regularly in 2019 and in 2020, until the onset of the covid pandemic. We are reviving it now, and our intention is to organize monthly meetings, which will continue to adopt, as they did while being coordinated by Viorel Anastăsoaie, a variety of formats including public talks, discussion of pre-circulated papers, film screenings, debates, and roundtable exchanges on newly published relevant books. The group’s range of topics and themes of interest is programmatically left as open as possible. Further thematic and topical threads of discussion and research are expected to emerge through conversations between the participants.

– Workers’ Skin: Filth and Abject Labor in a Romanian Rail Yard
Adrian DEOANCA, Researcher, “Francisc I. Rainer” Institute of Anthropology of the Romanian Academy
27 May 2022, via Zoom

– Desire for a Stranger Master: Foreign Privatisations and National Humiliation in the Balkans
Ivan RAJKOVIĆ, PhD, Department of Social and Cultural Anthropology, University of Vienna
16 December 2019, at New Europe College

– The Moral Economy of Trade and the Work of Hope in a Neighborhood of Bucharest
Gergő PULAY, PhD, Postdoctoral Fellow, Max Planck Institute for Social Anthropology, Halle/Saale
27 November 2019, at New Europe College