Yiddish Culture in Greater Romania (1918-1940): in the Aftermath of the Empires and Challenged by the New National State

Yiddish Culture in Greater Romania (1918-1940): in the Aftermath of the Empires and Challenged by the New National State 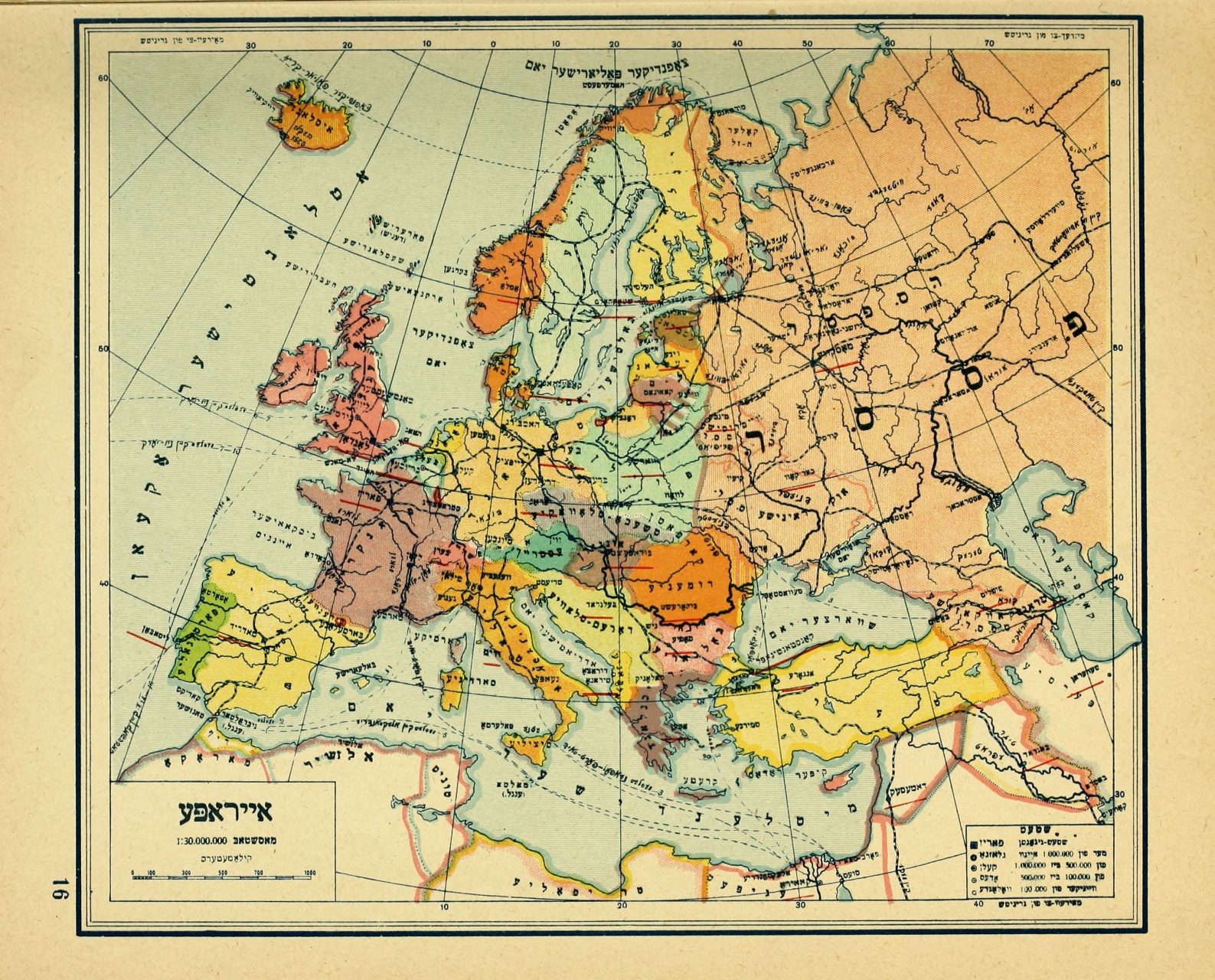 The project aims to investigate one of the most prolific periods in the history of Yiddish culture in Romania, starting from the fact that, after the creation of Greater Romania, old traditional Yiddish centers such as Tshernovits/Czernowitz, Satmar/Szatmar or Keshenev/Kishinev, but also Yos/Jassy had to reconfigure their position within the Yiddish-speaking Eastern European world as a consequence of the fall of empires and construction of new nation states such as Greater Romania. In this context of peripheralization of old centers within the new state, the activity of the traditional Yiddish centers declined as local activists and intellectuals started to migrate to Jassy or Bucharest, looking for better professional opportunities and visibility and, as a consequence, new centers of Yiddish culture flourished in regions without a previous strong tradition (Bucharest), while communication and synchronization with reputed centers such as Vilna/Vilnius or Varshe/Warsaw increased. The project aims to investigate what were the socio-cultural mechanisms responsible for restructuring Yiddish cultural life after the changes brought by the end of World War I and by the creation of Greater Romania, and how this process occurred by tracing relevant individuals, institutions and projects until the first laws and decrees of the political regimes forbid the activity of Yiddish theatres, press and, eventually, the usage of Yiddish, thus making cultural life impossible.

a) The 26th Annual World Convention of the Association for the Study of Nationalities (ASN) (4-7 May 2022, online) where YIDCULT team presented the panel Redefining Yiddish in Interwar Romania. Institutions, Individuals and Processes (1918-1940): 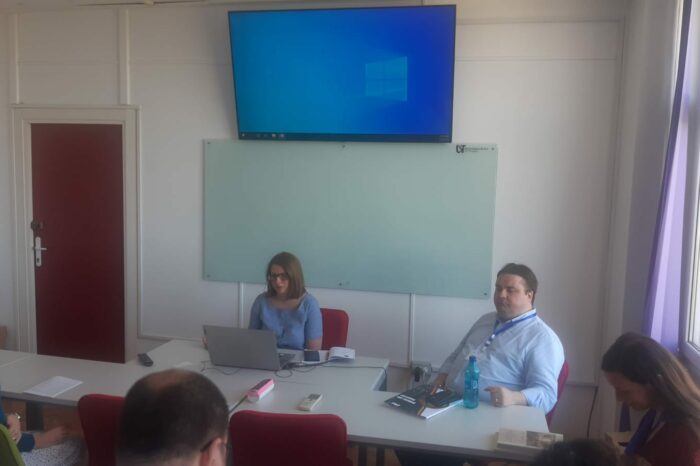 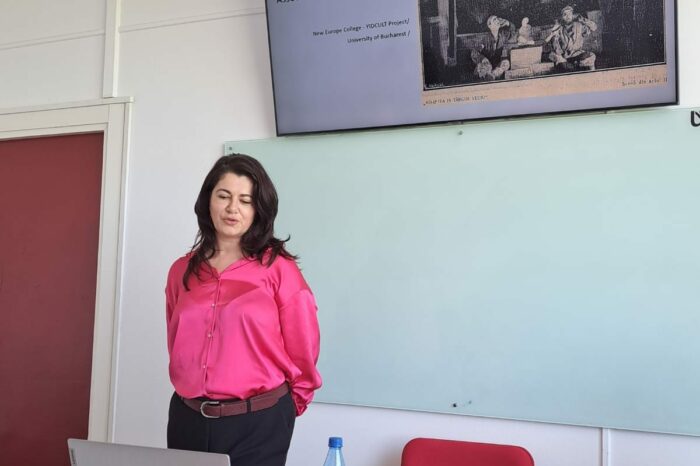 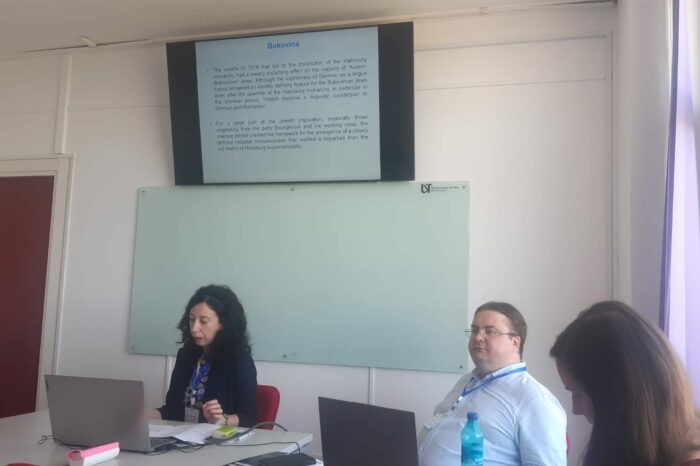 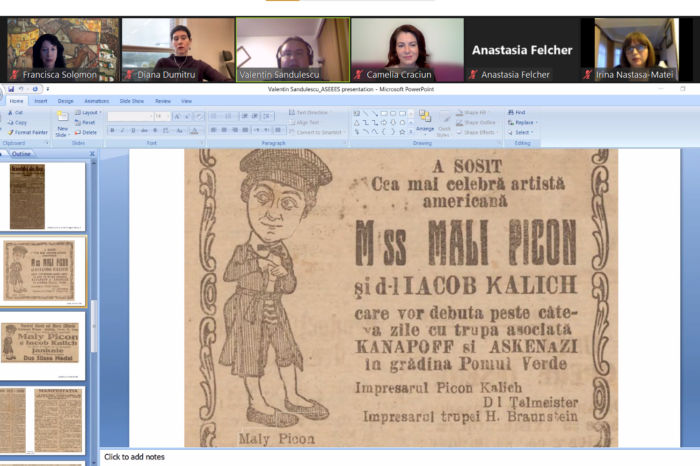 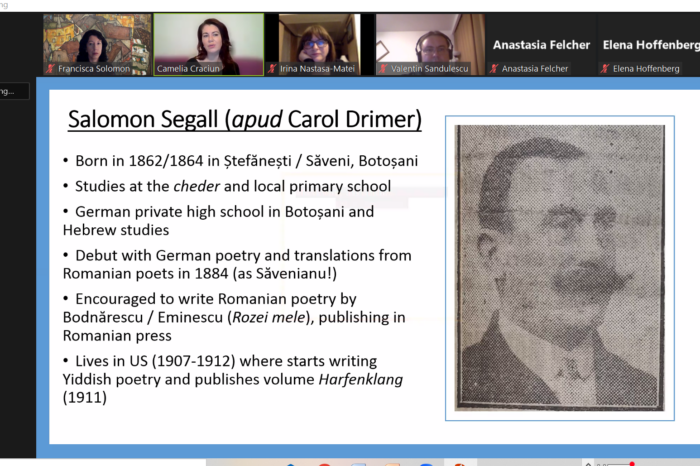 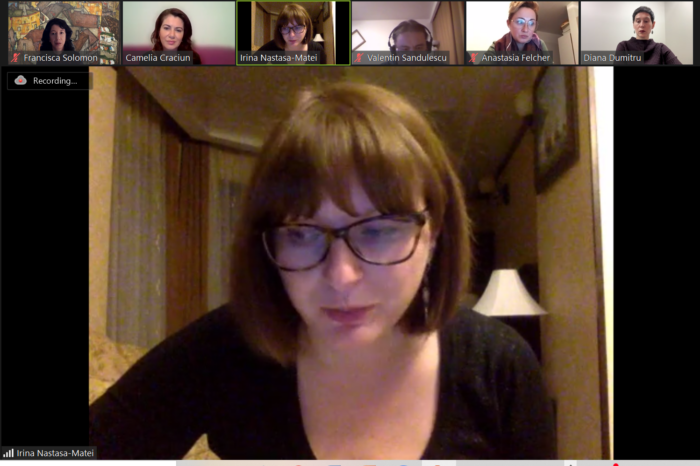 Seminar
The Reception of Yiddish Culture in Interwar Romania: Between the Old Empires and the New National State
30 June 2021, 11.00 (Bucharest time), Zoom

Camelia Crăciun, “Yankev Shternberg and the modernization of Yiddish theatre in interwar Romania” in DICE, 18-2/2021, November 2021