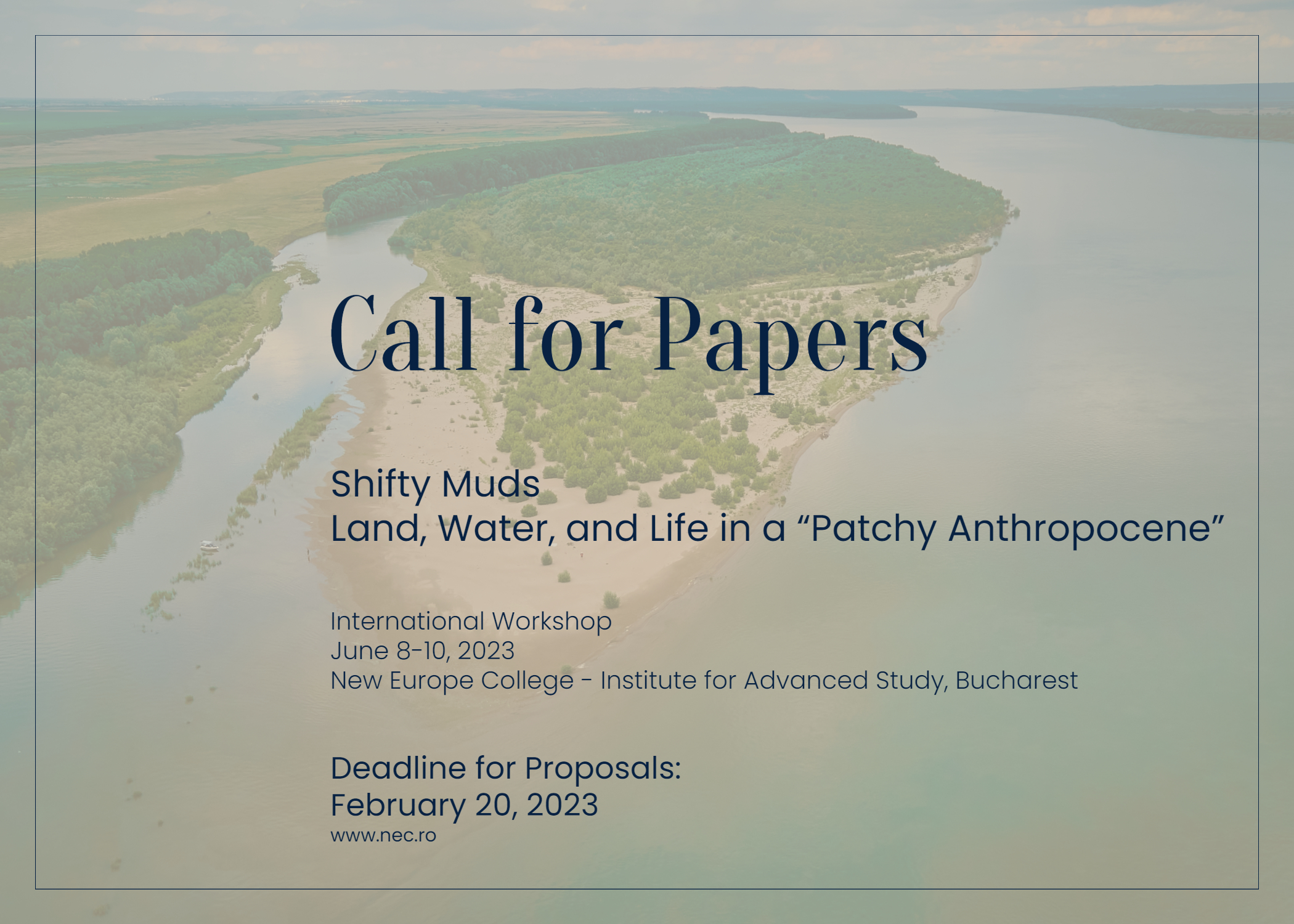 Mud, where the first bacterial life on Earth likely developed (Margulis 1998), is a mix of earth, water, putrid vegetation and a multitude of macro- and microscopic lifeforms. It is a dynamic multispecies assemblage within which human and non-human relations are constituted and dissolved. Archaeological findings suggest that the waterlogged marshlands of the Fertile Crescent were home to the first attempts at agriculture and the first urban settlements (Graeber and Wengrow 2021; Scott 2017).

Despite the key role that mud played in the evolution of agricultural civilizations, modern capitalist societies tend to consider it to be the epitome of wasteland and therefore endeavor to transform it into agricultural productive land. Unlike forests and mountains, which are often represented as central to the symbolic and economic formation of various nation states, mud or muddy environments have rarely been at the core of national or cultural identities (see for instance the works of Young Rae Choi on Korean mudflats).

Mud is a relatively unstable environment, a dynamic space that constantly changes its affordances. Life in muddy environments is a process of becoming that involves complex and shifting relations between weather, water, land, vegetation, animals, and human practices. Consider, for instance, the ecology of a river meandering downstream on a watercourse constrained by technological intervention (through dams, levees etc). All nodes of the web are constantly being made and remade: water turns mud into beaches and soil; invasive plants latch on and grow roots in sandbanks, transforming them into islets; fish and humans thrive or suffer as water levels rise and dwindle. Muddy landscapes are such shifting assemblages of humans and nonhumans, transient environments rife with multiple encounters between economic and political practices and nonhuman life.

While soils have begun earning the interest of social theorists in the past decade, mud remains relatively overlooked as an element to “think with” in the social sciences and humanities. This workshop takes mud as a capacious metaphor for all those soggy, dynamic and ambiguous wetland environments – freshwater islands, banks, floodplains, marshes, swamps, bogs, and peatlands – that are prone to rapid transformations due to their sheer materiality, that take on multiple forms, and that challenge clear-cut ideological bracketing. We are equally interested in different instantiations of land (soils, mud, sand), the forms of life that emerge in such shifting encounters, and the kinds of economic, political, and social configurations that they invite and constrain. We find mud, with its ambiguous qualities that push back against the simplifications forced upon it by modern states and capitalist economies, a fitting metaphor for the “patchy Anthropocene” (Tsing, Mathews, and Bubandt 2019).

In this workshop, we ask:

(1) What forms of life and more-than-human relations emerge in such fluid encounters of the Anthropocene?

(2) What kinds of economic, political, and social configurations make possible, and are made possible by, these encounters?

(3) How can an analytical sensibility to muddy webs of life equip us with the theoretical and practical tools to curtail, repair, and reverse the unsavory effects of modernity’s excessive reduction of nature to human interests?

We would like to bring together voices and experts from environmental anthropology, political ecology, environmental history, and social theory. In doing so, we intend to erode the barriers within the social sciences and humanities that separate experts on forests from those on rivers and wetlands or animal studies. We welcome work in progress on issues broadly connected to the workshop’s concerns and encourage participants to think together through the varied theoretical, methodological, and empirical lenses that underpin their papers.

The workshop will take place in Bucharest between 8-10 June 2023. The organizers will cover the accommodation, but participants will cover their own travel expenses.

20 February 2023: submission of paper proposals (400 words maximum plus a 200-word bio) to Ștefan Dorondel (dorondel@yahoo.com),
Adrian Deoancă (adrian.deoanca@unibuc.ro) and Stelu Șerban (steluserban@yahoo.com)
1 March 2023: Invitation of papers to be presented at the workshop
8-10 June 2023: Workshop in Bucharest