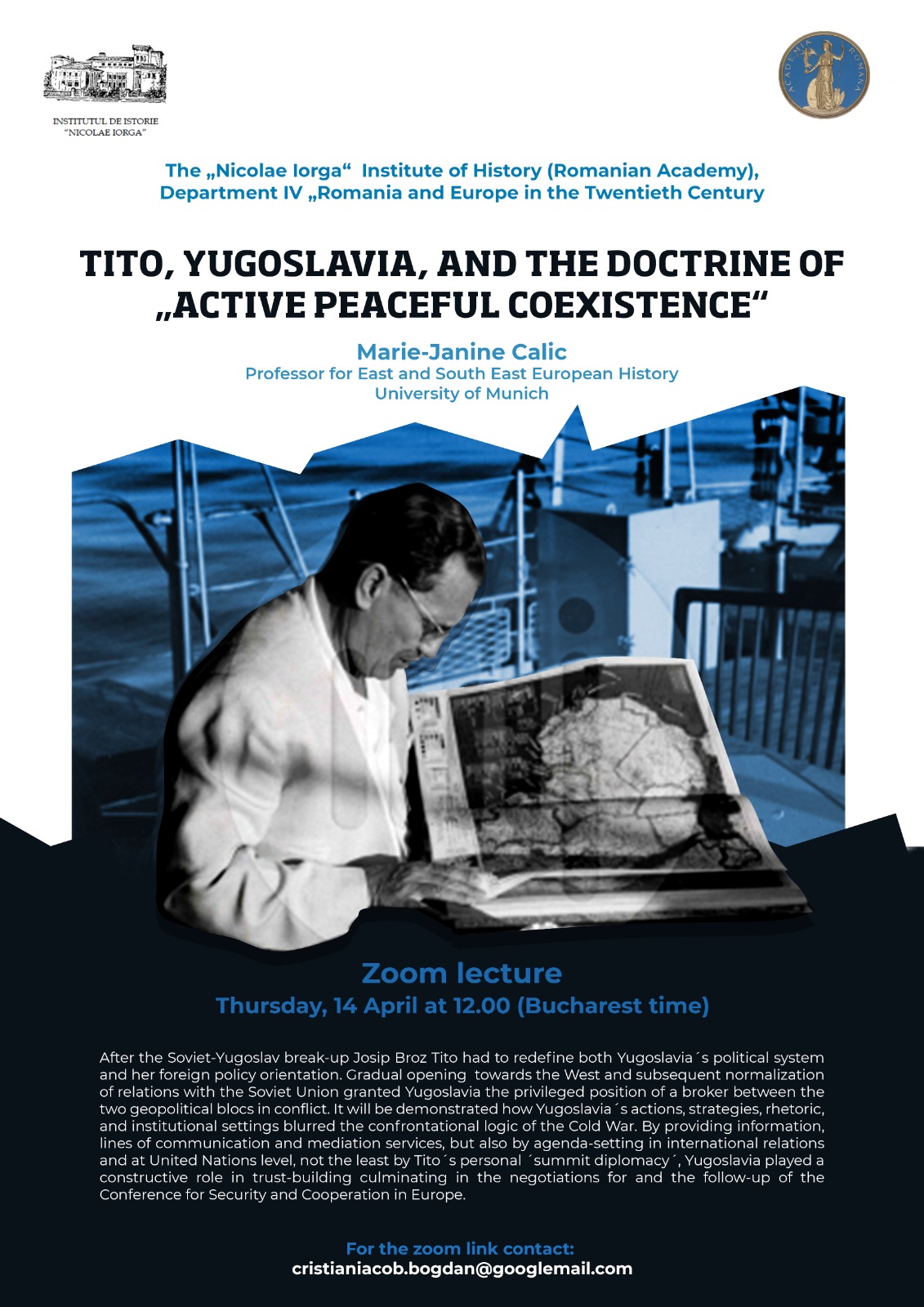 The “Romania and Europe in the Twentieth Century” Department IV of the “Nicolae Iorga” Institute of History of the Romanian Academy kindly invites us to the online conference Tito, Yugoslavia, and the Doctrine of “Active Peaceful Coexistence” given by Marie-Janine Calic, professor for East and South East European History at the University of Munich on Thursday, 14 April 2022, at 12.00 Bucharest time, via Zoom.

After the Soviet-Yugoslav break-up Josip Broz Tito had to redefine both Yugoslavia´s political system and her foreign policy orientation. Gradual opening towards the West and subsequent normalization of relations with the Soviet Union granted Yugoslavia the privileged position of a broker between the two geopolitical blocs in conflict. It will be demonstrated how Yugoslavia´s actions, strategies, rhetoric, and institutional settings blurred the confrontational logic of the Cold War. By providing information, lines of communication and mediation services, but also by agenda-setting in international relations and at United Nations level, not the least by Tito´s personal ´summit diplomacy´, Yugoslavia played a constructive role in trust-building culminating in the negotiations for and the follow-up of the Conference for Security and Cooperation in Europe.

Marie-Janine Calic is a professor for East and South East European History at the University of Munich. She worked for the Special Coordinator of the Stability Pact for Southeastern Europe in Brussels, UNPROFOR-Headquarters in Zagreb, and the International Criminal Tribunal for the former Yugoslavia in The Hague. She has lectured and published extensively about the Balkans. Her recent publications include: Tito. Eine Biographie (C.H. Beck 2020); The Great Cauldron. A History of Southeast Europe (Harvard University Press 2019); and A History of Yugoslavia (Purdue University Press 2019). She is a regular commentator on Balkan affairs for major international media outlets.