Life’s Work. Wagner’s Tristan and the Critique of Biographism 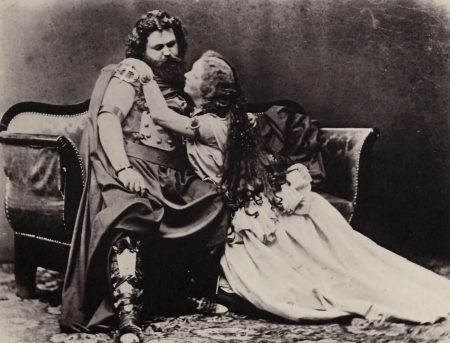 How is art related to life? During the 19th century that seemed to be, both to the educated public and to scholars, a question of prime importance. The 20th century, by way of contrast, brought that issue in disrepute. Yet there is cause to reconsider it. Admittedly, there once was (and perhaps is, in popular literature) a psychological brand of simplistic biographism that was (and is) bound to fail. Reasons for categorical anti-biographism, however, are quite feeble. Simplistic biographism can be avoided, if we distinguish (at least) three potential relations between art and life. Firstly, art can become the image of life. Secondly, an artist may seek out experiences that fit his artistic vision, so that these experiences may ‘fill his vision with life’. Thirdly, art is sometimes the antithesis of life, related to it as a negative image. A biographic poetics that is sensitive to historic context can disclose significant traits of a work of art, as a (though sketchy) case study of Wagner’s Tristan und Isolde (1859) indicates.

Participants are kindly asked to have at hand the handout of the presentation that Professor Dorschel will refer to during the conference.

Andreas Dorschel is a philosopher and music scholar; he has been professor of aesthetics and head of the Institute for Music Aesthetics at the University of Arts Graz (Austria) since 2002. Before that appointment, he taught at universities in Britain, Germany and Switzerland where, in 2002, the University of Bern awarded him the habilitation. He was Visiting Professor at Emory University in 1994 and at Stanford University in 2006. From 2010 on, he has been on the Board of the Royal Musical Association (RMA) Music and Philosophy Study Group. In 2014 he received the Caroline Schlegel Award for Essay. Andreas Dorschel was elected member of the London-based Academia Europaea in 2019. In 2020/21 he is a Fellow of the Institute of Advanced Studies Berlin. Andreas Dorschel is the author of six monographs; articles by him have appeared, i.a., in The Cambridge Quarterly (OUP), Philosophy (CUP), The Oxford Handbook of the New Cultural History of Music (OUP) and The Oxford Handbook of Western Music and Philosophy (OUP).