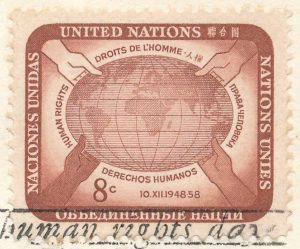 NEC Alumni Raluca Grosescu and Bogdan Cristian Iacob are inviting researchers in the field of the humanities to contribute to the international conference Socialisms and International Law in the Contemporary World (Bucharest, September 15-16, 2022).
Please find the call for papers below:

Over the past decade, scholars have begun to recover alternative, non-Western and non-Eurocentric stories of international law-making, emphasizing the role of actors from other world regions as well as doctrines that challenged the Western-led liberal order. The impact of Global South experts and governments has been a central subject of this new historiography. While some works have also focused on Eastern European socialist engagements with human rights and humanitarianism during the Cold War, a global history of how state socialisms across the world have shaped international law has yet to be written.

This conference will fill this gap by examining the role of state socialist intellectuals, experts and governments from East-Central Europe, Africa, Asia, and Latin America in developing international law in 20th and 21st centuries. This will cover the range of major powers such as the Soviet Union and the People’s Republic of China, which could directly challenge Western norms, to semi-peripheral countries like Cuba and Vietnam, which had to maneuver at the margins. It is high time for scholars to focus on the global effects of socialist challenges to world hierarchies of law and power. Since 1917, when the Mexican and the Russian Revolutions first confronted the international liberal regime, socialist states and their representatives consistently produced ideas, projects, or imagined institutions that amounted to new visions about rights and norms at large, and co-produced international law. This side of the story has too often been eclipsed in the specialized literature:  radical, often authoritarian, left-wing regimes have been deprived of their agency in the development of international law.

We seek to explore both contributions to the current international law, and competing ideas and initiatives which, although they did not achieve global consensus, constituted important disruptive moments in the history of international law. By looking at these different regions and doctrines, we contest linear and western-dominated histories. We examine how different state socialist ideologies, legal principles and Realpolitik affected contemporary international law frameworks. We seek to consider these state socialist engagements in interaction with liberal and Western approaches, but also to underline the divisions that existed between socialisms from different world regions and across the North-South divide. We also wish to highlight potential conflicts and divergences between socialist major powers and socialist peripheries or semi-peripheries (i.e., so-called ‘client’ states from Europe, Asia, Latin America or Africa). Finally, we examine the tensions between international mobilizations and national legal regimes: to what extent progressive ideas that challenged imperialism, colonialism, or racism and advocated for a more equal international order reverberated into state socialisms’ domestic policies?

We encourage proposals on the following topics, but other, non-listed themes are welcome.

Abstracts of 300-500 words, together with a short biographical note should be submitted to mircea.valceanu@politice.ro by 1 March 2022. The selected participants will be notified by 15 March 2022. They are then expected to submit a draft paper of 7-10 pages by 1st September 2022. For more details, please contact Raluca Grosescu at raluca.grosescu@gmail.com

The conference is organized by the National University of Political Studies and Public Administration and supported by the Romanian Research Council (UEFISCDI) funded project The Contribution of State Socialist Countries of Central Eastern Europe to the Development of International Law. https://sil.politice.ro/