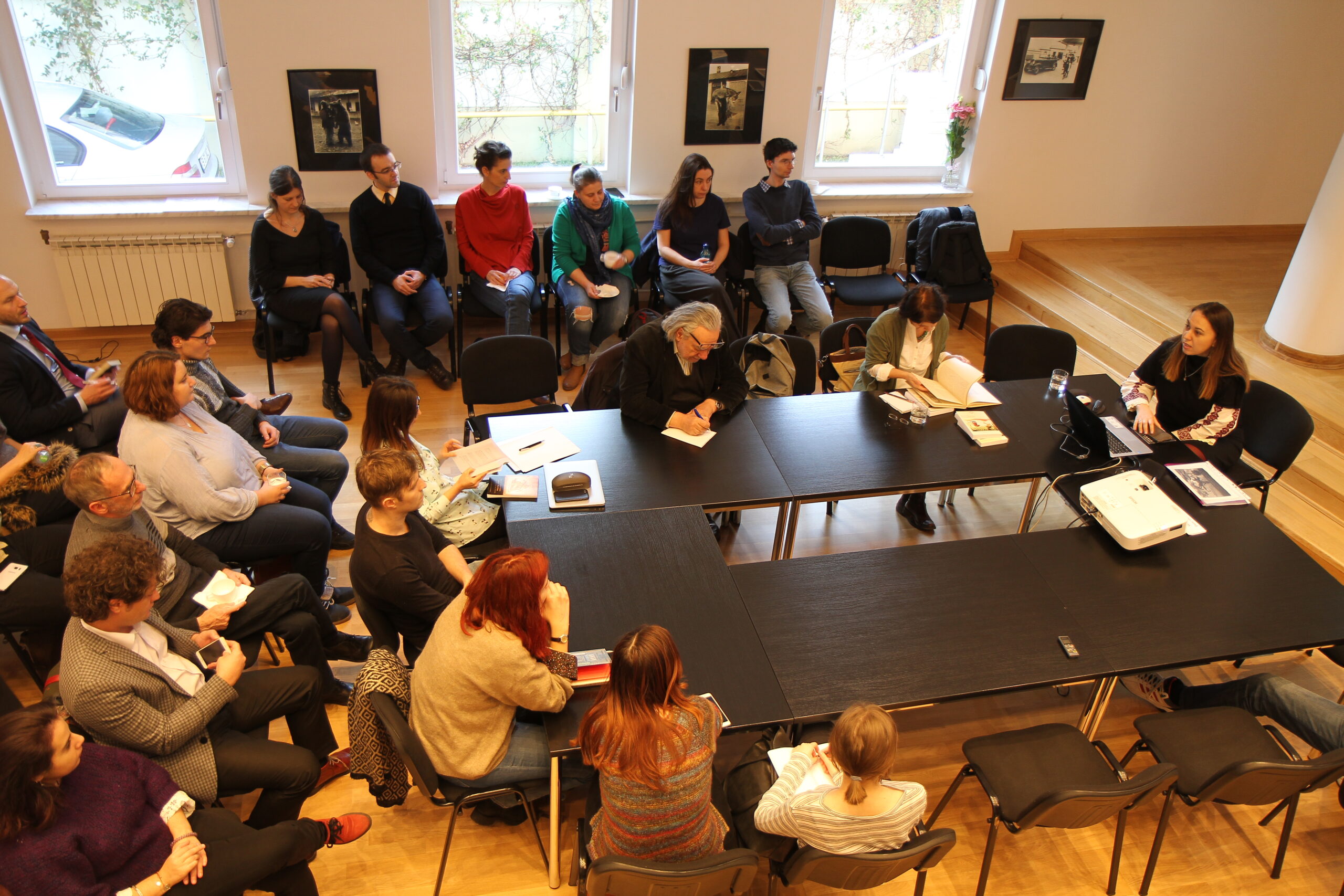 Since 2009, our monthly research group has aimed to study the political, social and cultural history of the 18th and 19th centuries from a variety of theoretical and disciplinary perspectives. Its members and guests are historians, political scientists, sociologists, as well as other scholars whose collective expertise covers two centuries’ worth of transformation and modernisation, with a particular focus on Romania.

Our debates take the following values and priorities as their starting-point(s):

-Recapturing the multiplicity of historical voices: the ‘famous’ names immortalised by traditional historiography and biographies are by no means the only actors worth studying. De-mythicising the existing historiography by means of critical appraisal is crucial for understanding Romanian modernity.

-Diversifying research objects: Discourses, practices, representations, institutions, processes and concepts must be studied through a broader and more varied source-base, much of which still remains unpublished. The dynamics of modernity themselves demand this – just as ‘modernity’ itself refuses to be constrained by neat periodisation (hence the difficulty in identifying the end of the ‘long’ 19th century), or political and geographical boundaries (hence the difficulty in narrativising Romanian state- and nation- building).

-Critical re-examination: The ‘long’ 19th century sees the founding of the Romanian nation-state’s main social, political and cultural institutions. Their critical re-examination and, in some cases, their outright ‘discovery’ is crucial for understanding the subsequent evolution of political ideas and practices and institution-building. Only thus may we move beyond the traditional, obsessive narrative of the perennial ‘ideal of state- and national unity’. Connections and comparisons with other imperial peripheries encourage the discovery of new analytical frameworks, both as perceived by historical actors, and as generated by contemporary research.

-A transnational perspective: The emergence of a transnational perspective in recent historiography has shown that shifting the focus from the nation-state as a unit of analysis is both necessary and methodologically productive. Bringing to the fore the study of cultural, social and institutional dynamics from the viewpoint of entangled history, the transnational turn can help us re- contextualize our objects of study. To write a history of the Romanian lands compels us to seriously consider contact with repressed ethnic, regional or religious representations and perspectives, which sometimes precede the nation-state.

GRiPs promotes current historical research on the 18th and 19th centuries by signaling new publications, doctoral theses and scientific events. GRiPs’ ambition is to grow into a wider European and regional scientific network.