What is A European City? 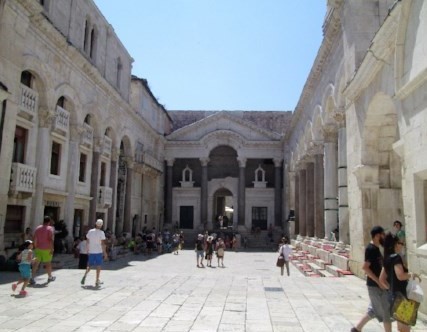 Every country in Europe thinks it knows what a European City is, and almost every one disagrees with the other about it. European urbanism can appear as a set of ideas – planning and order, regulation and social democracy – that contradict with others, like conservation and finance capitalism, lobbying and suburbanisation. In much of the east of the EU, ‘Europe’ is often about not being those further East – the Muslims, the Soviets; and in a nostalgia-ridden and divided Britain, ‘Europe’ has become, for those who lost out in the 2016 referendum, a sort of utopia, a borderless land of beautiful historic cities and admirable post-imperial rationality; a similar shift to the way it is perceived by increasingly powerless liberals in Poland and Hungary. This talk will try to go beyond these phantom images and projected ideals to work out whether or not there is a distinct ‘European’ way of building cities in the European Union in the 21st century: what it is, where it happens, and whether it really is superior to the ‘non-European’.

Owen Hatherley was born in Southampton, England in 1981. He received a PhD in 2011 from Birkbeck College, London, for a thesis which was published in 2016 as The Chaplin Machine (Pluto Press).
He writes regularly for Architects Journal, Architectural Review, Dezeen, the Guardian, the London Review of Books and New Humanist, and is the author of Militant Modernism (Zero, 2009), A Guide to the New Ruins of Great Britain (Verso, 2010), Uncommon – An Essay on Pulp (Zero, 2011), Across the Plaza (Strelka, 2012), A New Kind of Bleak (Verso 2012), which was set to music by the group Golau Glau; Landscapes of Communism (Penguin 2015), The Ministry of Nostalgia (Verso, 2016) and Trans-Europe Express (Penguin 2018).
He also edited and introduced an updated edition of Ian Nairn’s Nairn’s Towns (Notting Hill Editions, 2013), and wrote texts for the exhibition Brutalust: Celebrating Post-War Southampton, at the K6 Gallery. Between 2006 and 2010 he wrote the blog ‘Sit Down Man, You’re a Bloody Tragedy’.