Redefining Citizens, Kith and Kin: Cross-border Migrations between Romania and the Soviet Union, 1960-1990 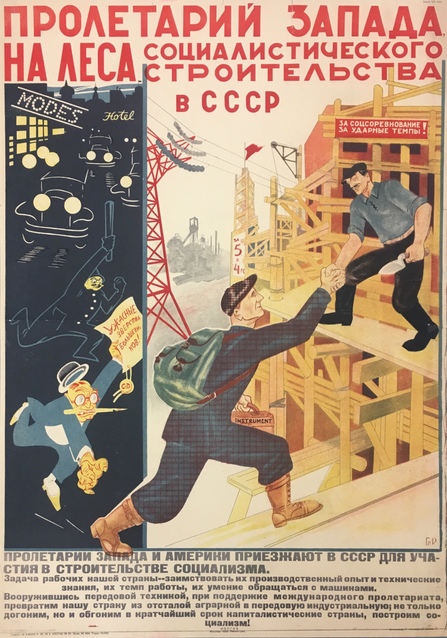 “Proletarians of the West, join the project of socialist construction in the Soviet Union. Proletarians from the West and the Americas have been traveling to the USSR to help build socialism. Our goal should be to borrow from their vast productive experience and technical know-how, their labor practices, and machine-operating skills. Thus, with the support of global proletariat, we would equip our workers with high tech and transform our country from an underdeveloped agrarian state into an advanced industrial leader. We would catch up and straightaway surpass the capitalist nations to build socialism!”

On the right: banners on the Soviet construction site claim “Five-year plans would be realized earlier, in four years” and “Long live socialist competition, we work at full tilt!”