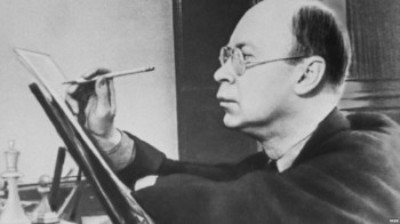 Richard TARUSKIN (born 1945) is a world renowned American musicologist, critic and music historian. He developed a particular interest on Russian and Soviet Music during his career, using together politics, music and history, to illustrate the ways in which a national identity can be shaped and represented. In his critical studies on this subject he proposes the understanding of the concept he entitles “the powerful myth of Russia’s national character” through music.

Richard’s Taruskin’s approach, both in terms of critical discourse and performance, is one of the most original of 21th-century musical thought.

The event is supported by the project The Musics of Power. Music and Musicians in Totalitarian Regimes in 20th Century Europe developed by the Doctoral School of the National University of Music Bucharest (FONDUL DE DEZVOLTARE INSTITUŢIONALĂ: CNFIS-FDI-2018-0365) and New Europe College