How God Became a Lawgiver: The Torah’s Place in Ancient Legal History 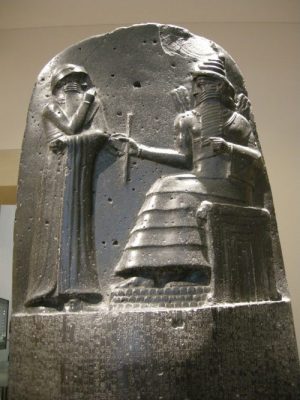 Konrad SCHMID
Professor of Hebrew Bible and Ancient Judaism, University of Zurich
2020 / 2021 Fellow of the Institute of Advanced Studies Berlin

The Torah is God‘s law. This biblical concept is so prominent and is considered so self-evident that it has hardly been perceived as a historical problem until now. Traditionally, it was considered to be a basic element of the Bible within its historical context. But in fact, it represents an innovation in the ancient Near East, and for this very reason it should be investigated historically: In the ancient world, kings, not deities, are lawgivers. Only the legal tradition of ancient Israel developed the idea that God himself formulated laws and passed them on to his people. In the Torah, Moses plays a prominent role in this mediation. Divine laws then became a central element of these religions in Judaism, Christianity, and Islam, but what historical circumstances and factors gave rise to them? The loss of kingship in Israel might have provided a major impact, but in addition to political and socio-historical developments, fundamental transformations in ancient Israel‘s intellectual history must also be considered, which could have led to the formation of the idea of God as a lawgiver. Due to new insights into the historical emergence of the Torah, which research has developed in recent decades, but also due to new findings on the legal tradition of the ancient Near East, there is both the possibility and the need for reconstructing the historical forces and factors that made the Torah God‘s law.

Konrad Schmid is Professor of Hebrew Bible and Ancient Judaism at the University of Zurich, Switzerland. From 1999-2002 he was Professor of Hebrew Bible at Heidelberg University, Germany. He served as Member in Residence at the Center of Theological Inquiry, Princeton (2006–07) and was a Fellow of the Israel Institute of Advanced Studies in Jerusalem (2012–2013), co-directing a research group on Convergence and Divergence in Pentateuchal Theory: Bridging the Academic Cultures in Israel, North America, and Europe. In 2017, he was a member of the Institute for Advanced Study in Princeton. From 2020-2021, he is a fellow of the Wissenschaftskolleg at Berlin. Since 2017, he also serves as president of the Wissenschaftliche Gesellschaft für Theologie www.wgth.de and as member of the National Research Council of the Swiss National Science Foundation. He currently is also the President of the International Organization for the Study of the Old Testament (IOSOT).