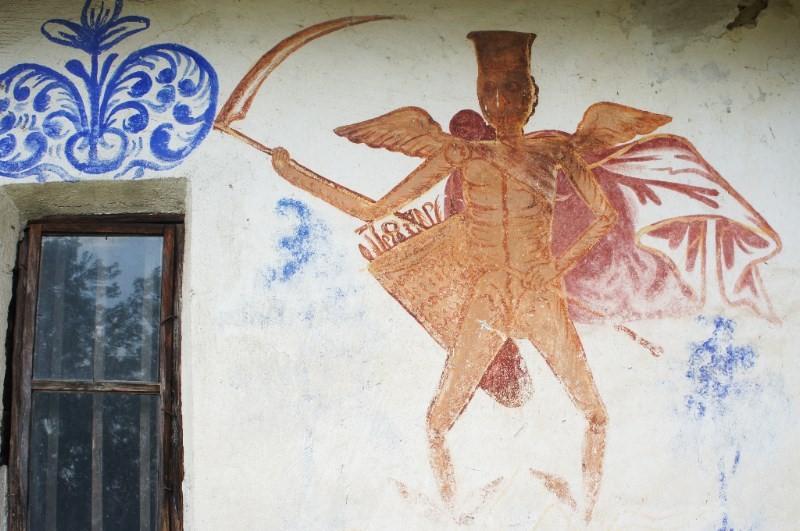 The image of Death on the southern and northern facades of Wallachian churches in the 1780s-1870s reveals a mentality that disappeared. The macabre silhouette was meant to remind viewers about the fragility of their earthly existence and the fact that Death acted irrespective of human hierarchism, which acted as a topic of reflection with the view of encouraging them to live in accordance with Christian morality. The way rural communities relate nowadays with the image of Death is representative for changes in current collective mentality. These shifts have generated a series of reactions and behaviors which in turn led to the deterioration or disappearance of a significant number of frescoes.