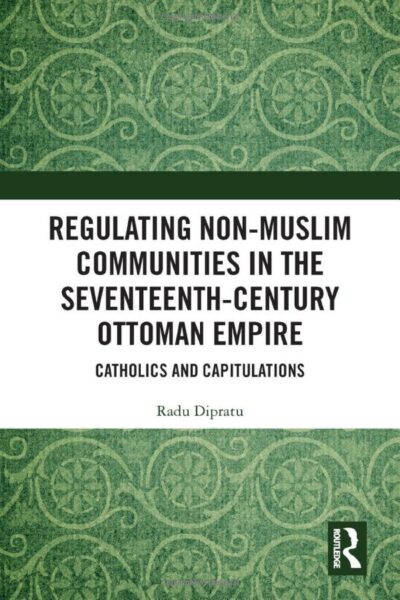 This volume investigates how the peace and trade agreements, better known as capitulations, regulated Catholics in the Ottoman Empire.

As one of the many non-Muslim groups that made up Ottoman society, Catholic communities were scattered around the Empire, from the Hungarian plains to the Aegean Islands and Palestine. Besides the more famous cases of the French capitulations of 1604 and 1673, this work explores the evolution of often ignored religious privileges granted by the Ottoman sultans to the Catholic rulers of Venice, the Holy Roman Empire, and Poland-Lithuania, as well as to the Protestant Dutch Republic and Orthodox Russia. While focused on the seventeenth century, precedents of the fifteenth century and later developments in the eighteenth century are also considered. This volume shows that capitulations essentially addressed the presence and religious activities of Catholic laymen and clerics and the status of churches. Furthermore, it demonstrates that European translations, the primary sources of previous scholarly works, offered a flawed perspective over the status of Catholics under Muslim rule.

By drawing heavily on both original Ottoman-Turkish texts and previously unpublished archival material, this volume is an ideal resource for all scholars interested in the history of Catholicism in the seventeenth-century Ottoman Empire.

This book launch is part of the cooperation between NEC and the Institute for South-East European Studies of the Romanian Academy.