A Music So Popular That No Curtain Could Contain: Popular Music and Cultural Transfers during the Cold War 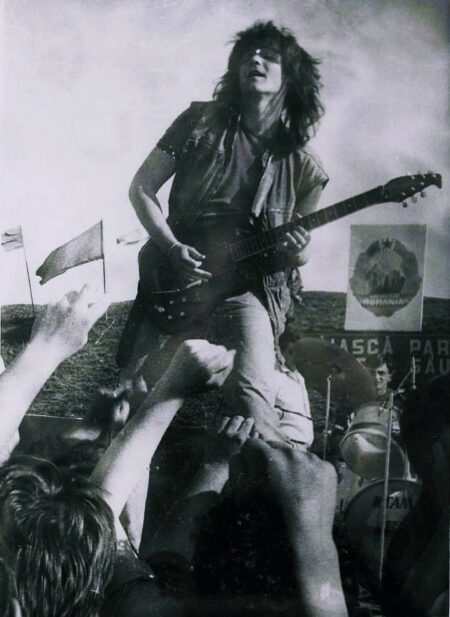 It has been a long standing academic mantra that, during the Cold War, the Socialist Bloc was more or less a closed system, made of several satellite states which followed the communist path, as designed by the USSR. Over the past decade, cutting-edge scholarship has started to dismantle this mantra and show that the Socialist Bloc was a much more complex and heterogeneous system than previously considered. East European socialist states had different political, economic, cultural and (last but not least) historical backgrounds, and they followed different paths during the Cold War period as well. Furthermore, despite collective endeavors within the Bloc, each state sought to establish its own connections with other states from the Global South, or with capitalist states.

Given its global dynamic during the second half of the 20th century, popular music can prove to be an extremely fruitful ground of research for analyzing the cultural differences between socialist states, as well as the cultural transfers between these states and the Global South or the capitalist West. From local, regional, or national folk influences, to Western based, but global reaching music genres, such as jazz, or rock, from national scenes of light music, to crossovers stemming from classical music, popular music has provided researchers with an immense canvas, which has been thus far covered only in part.

The purpose of the workshop “Popular Music and Cultural Transfers during the Cold War” is to investigate the means through which popular music developed in the Eastern Bloc and circulated across  borders and the Iron Curtain (on either side). In particular, we are interested in exploring how popular music was influenced by cultural, technological, and informal transfers, by the larger processes of modernization and development of leisure life, as well as by institutional cooperation between various states, either within the Socialist Bloc, or beyond it.

9.15 – 11.00
Panel 1: Music Through Official Lens, Behind and Beyond the Iron Curtain: A Soft Power Approach

Adelina Ștefan (University of Luxembourg)
Popular Music and International Tourism: Promoting Romania as a Tourist Destination in the 1960s and the 1980s

Kateryna Yeremieieva (Faculty of History and Philology, Ukrainian State University of Railway Transport)
“The New World was Born in the Chords of Rock Music”: Images of Rock Music and Jazz in Radyanskiy Satire of the Perebudovi Period

Waldemar Kuligowski (Institute of Anthropology and Ethnology at Adam Mickiewicz University)
Towards a New Music Geography: Big-beat, Woodstock and Punk in Eastern Block.

Bogdan Popa (Transilvania University, Brașov)
Between ABBA and Cabaret. A Shift to Re-appropriating Anti-Fascist Themes in the mid-1980s Romanian Film?

14.30 – 16.15
Panel 3: From Ego-Histories and Case Studies to Record Industries: Music between Self-Identity and State Enterprise

Adrian Schiffbeck (West University of Timisoara)
Celelalte Cuvinte [The Other Words] and Their “Other” Sound: The Elaborate Romanian Rock Music of the 80`s and Its Gradual Fade to Black

Alex Mușat (National University of Music in Bucharest)
Cei Ce Ne-au Dat Nume: How the July Theses Happened to Create One of the Most Unique Musical Experiments in the Socialist Republic of Romania

Cătălin Partenie (National School of Political Studies and Administration, Bucharest)
Coming of Age in Romania in the late 1970s and early 1980s

Lech Ceran (Doctoral School of Humanities, University of Lodz)
The beginnings of hip-hop music in the last years of the People’s Republic of Bulgaria

Marco Gabbas (Invisible University for Ukraine)
Music and (Counter?)culture in a Soviet Province. The Case of Izhevsk

Elizabeth Abosch (Department of History, University of Illinois at Urbana-Champaign)
The Emigrants of New York’s “Little Odessa” and Soviet Underground Song Culture: Subverting Soviet Power while Connecting to Soviet Culture and the Reinterpretation of History through Musical Folklore

This workshop is organized within the framework of the project “Rocking under the Hammer and the Sickle: Popular Music in Socialist Romania between Ideology and Entertainment (1948-1989)”, supported by a grant of the Ministry of Research, Innovation and Digitization, CNCS – UEFISCDI, project number PN-III-P1-1.1-PD-2021-0244 within PNCDI III.